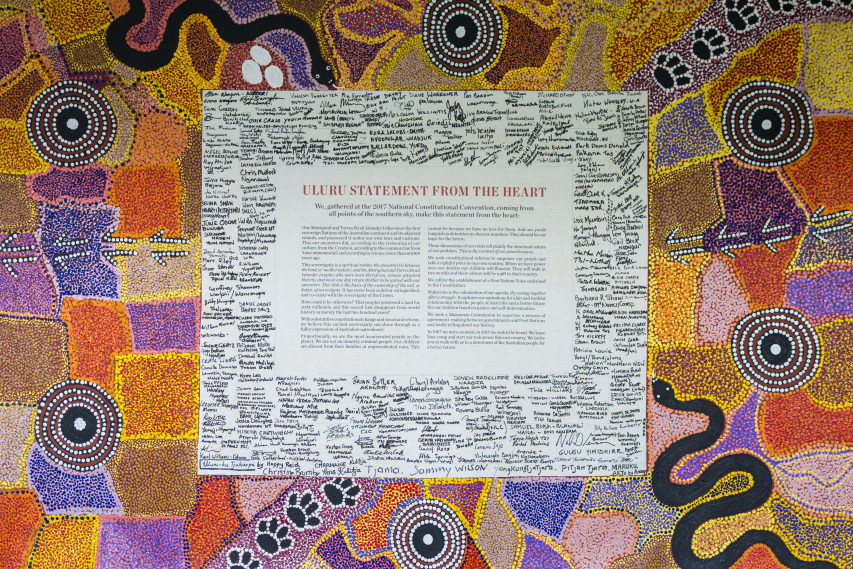 Magistrate Rose Falla was joined in conversation by Thomas Mayor, author, signatory to and advocate for the Uluru Statement from the Heart, at an in-person Koori Twilight last night.

Mr Mayor spoke about his background as a wharf labourer and as an official of the Maritime Union of Australia, which informed his understanding of effective advocacy and led to his involvement with the Uluru Statement. He explained the careful process undertaken to create and draft the work, before giving a powerful and moving recitation of the full Statement.

During the conversation Mr Mayor also talked about his writing, significantly his book Dear Son which collects letters, including his own, written by Aboriginal and Torres Strait Islander fathers to their sons as an act of defiance against everything they were taught about themselves and the stereotypes of them which are still sadly perpetuated in Australia today.

After concluding with his views on where we are now and the importance of enshrining a Constitutional Voice, Mr Mayor acknowledged the narrow apolitical path that judicial officers and tribunal members must walk, but noted “you are all members of other communities, even if it’s just your family” and that conversations can and should be had there.