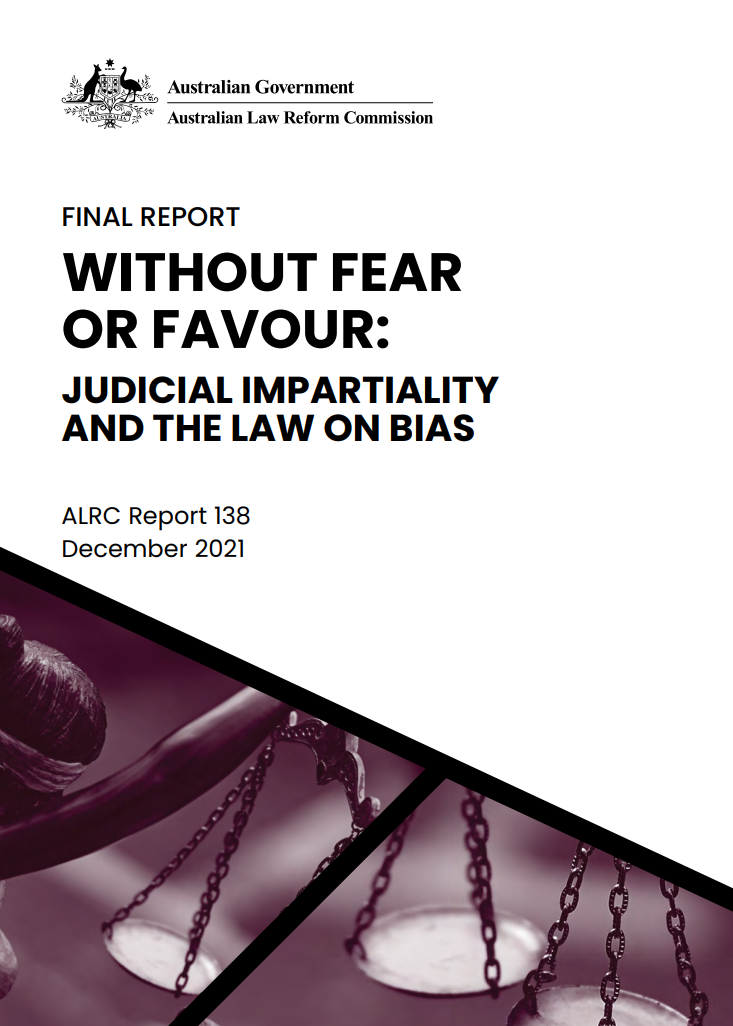 The Australian Law Reform Commission report, Without Fear or Favour: Judicial Impartiality and the Law on Bias, was tabled in Federal Parliament on 2 August 2022.

The ALRC made 14 recommendations to promote and protect judicial impartiality and public confidence in the Commonwealth judiciary, including: